Like our work? Arrange a meeting with us at our office, We'll be happy to work with you!

We are always looking for new talents and we were expecting you. Time to apply, buddy!

Welcome to the third instalment of our Disruptive Technology series, where we showcase technical innovations that are revolutionising the world.

It’s been a while since my last post because I wanted the next instalment in the series to give you as much ‘food for thought’ as possible, and coincidentally enough, food is the topic of this article! Interestingly, the likes of Jeff Bezos, Bill Gates and the co-founders of Twitter, to name but a few, are investing heavily in the disruptive food-tech of tomorrow.

So sit back, relax, pour yourself a cup of vertically-grown coffee and ‘feast’ your eyes on the technologies that are disrupting the food industry. (Don’t worry, you are now entering the pun-free part of the article.)

The global population is currently sitting at 7.7 billion people, and it’s set to exceed 10 billion people by 2050… that’s only 30 years away! With so many people on the planet, the challenge of providing enough food for everyone is going to be a major challenge. One thing’s for certain: traditional farming methods aren’t going to cut it, as fertile land is already in very short supply, and with an extra 3 billion people on the planet, we’re going to need every square inch of land to our left and to our right. So what do we do?

Instead of using farmland, vertical farms grow crops in vertically-stacked layers and use sophisticated, soilless farming techniques – like hydroponics, aquaponics and aeroponics – to optimise growth. Vertical farms allow us to grow more food, faster, and with massively fewer resources.

Take a look at this video to see the latest on where we’re at on the vertical farming front, and be sure to watch to the end, and you’ll see that we’ll soon be growing more than lettuce and basil in the sky.

In my previous post on disruptive transportation technologies, I wrote about open-source cars and how the open-source movement has started to infiltrate the ‘real’ world. Well, that infiltration has continued in the form of open-source food.

The Open Source Seed Initiative (OSSI) is on a mission to provide fair and open access to seed genetics to ensure, among other things, that big corporations can’t patent all the ‘seedy’ goodness. How does it do this? Well, it works with farmers and gardeners around the world and encourages them to effectively ‘license’ their unique seed varieties under a ‘copyleft’ license (the opposite of a copyright license and entails exactly what you might think it does), essentially making them open-source. It currently has 400+ open source seeds with a lot more on the way.

There aren’t many videos on YouTube about the OSSI, but a 3-minute segment from this video explains and frames the idea in an easily-digestible way (skip to the 9:50 mark for the beginning of the OSSI discussion):

Open-source software is also playing a huge role in the food and agriculture industries, especially in the area of farming.

FarmOs is a management and record-keeping system that is based on creating a website that’s specific to a particular farm, allowing it pull in data from other open-source data that’s available, giving farmers advanced and largely unprecedented insight into how their farm is operating at various levels and allowing them to make better-informed decisions about how to manage it. And it’s all based on Drupal (if you can believe it), which is an open-source website framework similar to WordPress. With FarmOS and the wealth of agricultural data that’s available these days, it’s helping to bring farming well and truly into the 21st century.

If the heading of this section made you do a double-take or made your jaw drop, I wouldn’t be surprised. When I first heard the term ‘3D-printed food’ I immediately thought of the ‘replicators’ from Star Trek – those fantastical machines that would create a cooked meal at the press of a button. Well, it turns out that we’re not actually that far away from them becoming a reality. In fact, they’re already a thing! (kinda)

TNO is an independent research organisation with a focus on healthy living, and they’re one of the pioneers in the area of 3D-printed food. But what kind of foods can be 3D-printed? Not many at the moment, to be fair, but already things like pasta, chocolate, savoury snacks, and carrots, can all be 3D-printed. Yes, carrots!

Aside from the obvious novelty of actually being able to create food at the push of a button, there are many benefits to 3D-printed food, especially with regards to sustainability and the environment. For example, 3D food printers reduce waste by using only the required amount of raw materials to make the food and involve lower transport costs since the food can be 3D printed locally, or in the supermarket, or even at home.

Remember when organic food was just a novelty niche, reserved only for die-hard vegans and the other socially- and environmentally-conscious outcasts of society? And now look how far organic food has come since then. It’s officially hit the mainstream. Well, plant-based meat is exactly where organic food was a few years ago. In fact, it’s already started to enter the mainstream too, even though you might not have heard about it yet.

So what is plant-based meat?

Well, plant-based meat is exactly what it says on the tin: meat that’s made from plants instead of animals.

But how is that possible?

Essentially, scientists looked at meat from a molecular perspective to find out exactly what makes meat meat, and then plant-based alternatives were identified that could perform the same ‘molecular’ functions. For example, instead of a burger ‘bleeding’ animal blood, it bleeds beet juice. Instead of animal fat providing that juicy ‘fatty’ flavour that we all know and love, fat from nuts and coconut oil is used instead.

Two companies in America – Beyond Meat and Impossible – are really driving the plant-based meat movement into the mainstream, the latter of which recently formed a partnership with Burger King, literally taking plant-based meat to the masses with the ‘Impossible Whopper’. These two companies are the Coke and Pepsi of the plant-based meat industry, and the competition between them will result in more innovation, better-tasting burgers and cheaper prices for us as time goes on.

We’re living in a very exciting time in terms of technology, and I think that’s evidenced – at least, in part – by its impact on what used to be considered ‘old-school’ industries, like food and agriculture. From changing the foods that we eat (plant-based meats) to upgrading and replacing the systems that we use for food production (vertical farms, soilless agriculture, etc), it’s obvious that technology is having a massive impact on the food industry. The day will soon come when we’re all eating delicious plant-based meat burgers that were 3D-printed in our homes, with lettuce that was grown in a soilless vertical farm, from open-source seeds, and managed with open-source farming software. Bring it on! 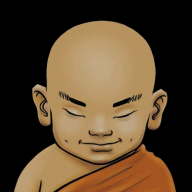